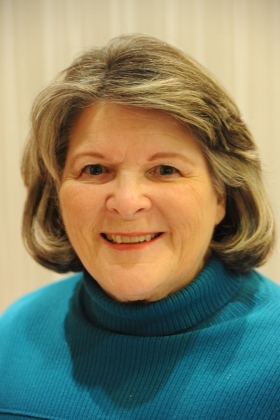 Betty Jean Ogawa, a resident of Atherton, CA, died in San Francisco May 16, 2014. She was an active member of several volunteer and charitable organizations. She was the 2013 President of the MPL of San Francisco Symphony, Co-Chair of the Tiffany Circle for the Bay Area Red Cross, and Chair, Community Advisors, Bechtel International Center, Stanford University. She also served on the board of the Japan Society of Northern California and San Francisco Symphony Volunteer Council. She and her husband have been major donors to The Gladstone Institute, International Society for Stem Cell Research and the SF Opera. In 2011 they were honored as Distinguished Volunteer Fundraisers by the Association of Fundraising Professionals, Silicon Valley, for the over one million dollars they raised for Japanese earthquake and tsunami relief.

Mrs. Ogawa is survived by her husband of 46 years, Hiro Ogawa; her sons both born and raised in Tokyo in her bicultural, bilingual family, Andrew Satoru Ogawa (Makoto) and Marcus Takeshi Ogawa (Lisa); three grandchildren, Valentina, Athena, and Leonidus Ogawa; her mother, Maybelle Slumpff and a sister, Suzanne Schmick. She was preceded in death by her father Warren B. Crouch.

She studied sociology at the University of Washington, where she met her husband. Prior to moving to the Bay Area, Mrs. Ogawa resided in Tokyo, Japan, for 20 years where she was a cross-cultural consultant specializing in Japan/US orientations.

She was an active board member of the College Women?s Association, ILBS and Japan America Women?s Club. During her stay she studied the Japanese language, culture and arts. Her special interests include promoting Japan/US relations, culture, travel, and the arts.