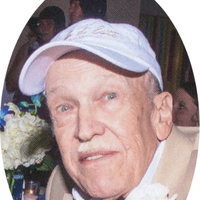 Ever devoted to his mother, Pyrle, Billy, as she called him, spent his childhood playing around town causing hijinks, joining the summer baseball league, going to the picture show Fox Watson, having fun with his friends, eating Cozy Inn hamburgers, and his mother’s Blueberry Pie. As he got older, he worked at the local bowling alley setting pins, scoreboard keeper at baseball games, and at his family’s shop, Salina Rentals. Bill was a member of the Pagodas Car Club, loved to race cars and cruise the “Fe”.

In his late teens, Bill joined the U.S. Marine Corps, learning a myriad of skills including Electrical Engineering and Radar. After completing operations in Vietnam, Bill was honorably discharged. Upon his return to Salina, he joined the Salina Police Department and eventually became the Head of the Traffic Division, but most loved his time as a Motorcycle Officer.

After marrying Cindy, in November 1979, Bill was the Owner and Operator of Ideal Cleaners and Tv Repair, and later returned to Electrical Engineering in various companies in Garden City, Ks and Kansas City, Mo, until his retirement in 2007.

Bill spent his personal time with his wife, Cindy, and daughters, Amber and Jennifer, making beautiful memories filled with love and laughter. Bill had a comedic way of dealing with life and continued his hijinks to the end. He was a gun enthusiast, visiting shooting ranges and gun shows as often as possible, loved to play pool, was an avid collector of O and N gauge trains, tinker with electronics, watch movies, horticulture especially purple flowers, tending to his dogs Annabelle and Baby Mae, his fish Georgy, and doting over his granddaughter Lorelai Pyrle.

He was preceded in death by his parents, William and Pyrle (Brady) Hilt; and ex-wife Karen Blomberg.

Funeral services will be held Friday, August 14, 2020 at 10:30am at New Community Christian Church, 530 E. Cloud, Salina. Burial will be held at Roselawn Memorial Park.

Memorials may be made to